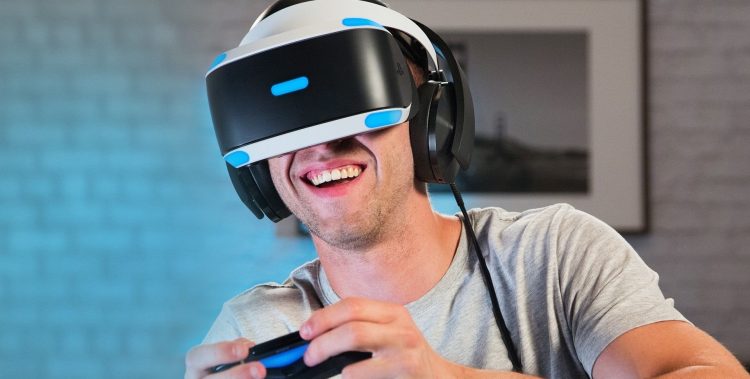 The Most Popular VR Headset Review Guide For 2021-2022 – Virtual reality may still be a niche but it’s a growing one, which is why making sure you get one of the best VR headsets is a surefire way to get an experience that leaves you grinning rather than groaning.

There are a lot of VR headsets in the market, but these can be cheap and plastic-y devices intended for use with a smartphone.

And while they offer a nice way to quickly experience VR, they are far from idea. So this list has a narrow but curated selection of the VR headsets that’ll let you get as close as possible to stepping into a virtual world.

So our selection of the best VR headsets you can buy this year includes all-in-one goggles to fully-fledged room-scale VR headsets that do require a beefy PC but facilitate an immersive experience.

Read on to get an idea of the best VR headsets you should consider found inside The Most Popular VR Headset Review Guide For 2021-2022.

In fact, it’s our pick for the best overall VR headset. With a slicker, more intuitive design, faster performance and better resolution, the Oculus Quest 2 delivers the best VR experience you can have without needing a powerful PC or loads of cables.

Starting at $299, it’s not the cheapest VR headset around, but you do get an all-in-one system that can deliver room-scale VR across a broad library of games and apps.

It’s also a better designed headset than the older Quest. It ditches the plain black of its predecessor and is 10% lighter, and the Quest 2’s light gray design is highlighted by a black face strap and a

quartet of camera sensors make it look simple, fun and inviting all at once. Improved audio and overall specs boot further sweeten the VR package.

You can also link the Oculus Quest 2 to a PC and use it with full-fat gaming computer-powered VR games; just bear in mind the cable is a costly extra.

But if you’ve yet to dive into VR or want to finally go untethered, the Oculus Quest 2’s price, game library and overall ease of use make it the best entry point into virtual reality yet.

The original Oculus Rift was one of the best VR headsets around for connecting to a PC and enjoying immersive gaming.

The Oculus RIft S builds upon that. The headset itself is a lot sleeker than before and it now has a 2560 x 1440 resolution display with a fast 80Hz refresh rate.

And it’s rather light as well, which makes it ideal for long sessions of VR gaming, whether you’re sitting at your desk or enjoying VR in a larger space.

It also has a rather neat feature in the form of speakers that are integrated in the headband, avoids the need to use the original Rift’s onboard headphones; the audio results are fairly impressive.

Thanks to Oculus Insight tracking tech, the Oculus Rift S can deliver room-scale VR without the need to place external sensors around the place.

And it comes with the impressive Touch Controllers that nearly track movements and help make VR feel a lot more kinetic and immersive.

And the Oculus Rift S comes with an impressive library of games all on the Oculus Store, with notable highlights including Beat Saber, Superhot, Job Simulator.

Overall, the Oculus Rift S is the best VR headset for folks looking for a PC-based system that plays a huge library of great games for a decent price.

The Oculus Rift S won a “highly recommended” honor for “best VR headset” at the Tom’s Guide Awards 2021 for gaming.

Not a huge upgrade over original Oculus Rift
PC required

If you want to play VR games on a console then the PlayStation VR system is your best, and pretty much only bet.

It combines a neat headset that looks semi-futuristic and is surprisingly comfortable, with a superb range of games that’s been slowly expanding.

You can play games like Star Wars Battlefront: Rogue One X-Wing Mission, Eve: Valkyrie, and Batman: Arkham VR, as well as Astro Bot Rescue Mission – one of the more interesting recent VR games.

If you have a PS4 or PS4 Pro, then PlayStation VR is one of the more affordable ways to play VR games, especially given that you don’t need an expensive gaming PC.

Yet with the initiative Move controllers and movement tracking, you are still getting a rather high-end VR experience.

But you don’t just have to use it for games as it can also be used to make watching movies more immersive.

As such, if you’re a PlayStation fan and want to get into VR games, the PlayStation VR is highly recommended.

One thing to also bear in mind that the PS5 also has support for PlaySation VR.

The only problem is that it doesn’t play nicely with the Move controllers. But there’s good news as the PSVR 2 headset is in the works and it will bring with it a pair of new controllers.

The PlayStation VR won a “highly recommended” honor for “best VR headset” at the Tom’s Guide Awards 2021 for gaming.

Valve Index The best controls and tracking in VR

Valve is no stranger to VR or gaming having first worked with HTC to create the Vive headset, one of the best VR headsets around when virtual reality became more of a thing some four or so years ago.

Now the Valve Index represents the culmination of the game company’s efforts to make a VR headset by itself. And it succeeded.

The Valve Index is a comfortable and high-end VR system, with high-quality construction, comfortable cushioning and smart built-in speakers.

The downside of this quality is that the headset can be rather heavy to wear for an extended period of time. And for some unfathomable reason, there’s no included USB-C cable to charge up the components

There’s a lot to like about the Index, as it comes with an LCD panel that offers variable refresh rates to suit the power of your PC. And the images it serves up are suitably crisp and high-rez.

The controllers are also a high point as they come with the ability to customize to your hands shape and sport pressure-sensitive controls as well as hand straps to prevent you from dropping them as VR action heats up.

Following in the footsteps of the Oculus Rift, the HTC Vive showed what game company Valve could do when working in partnership with a tech company. The result was a stellar VR headset that delivered a virtual reality experience that really had you moving around rather than sitting in one place and looking around. Valve’s Lightroom technology allows you to map out a space that you will walk, crawl or tiptoe through, depending on the game, while Chaperone ensures you don’t walk into a wall or trip over a beloved pet.

The controls are a high-point too, at the time offering a more revolutionary feeling of being able to literally reach out and grab something, albeit by pulling a trigger than gripping with your hands. The virtual experience is still pretty awe-inspiring, despite other VR headset catching up with the HTC Vive.

The only thing to bear in mind here is that it requires external tracking sensors, a powerful PC to run, and a good degree of set up and space. So for people in small apartments it might not be the best VR headset for them.

It’s worth keeping in mind that if you want a higher-end VR experience from HTC then the Vive Pro 2 has been revealed, It’s the first VR headset with a 5K display and also features a suite of screen tech including a 120Hz refresh rate.

How to choose the best VR headset for you:

Given our list of best VR headsets isn’t particularly lengthy, you’d think it would be rather easy choosing the right one for you. But while the choice is reasonably limited, getting the right VR headset can be tricky.

The Oculus Quest 2 is great but then it’s not the headset you’ll want if you’re after true room-scale VR facilitated by a powerful PC. For that, the Oculus Rift, HTC Vive or Valve Index could be the headsets to go for.

Equally, if all that sounds like a faff then the Quest 2 offers an all-in-one VR system that can also be plugged into a PC providing you buy a link cable; just expect it to have a few compromises compared to the dedicated tethered VR headsets.

In this case, you’ll want to really think about how you’ll use a VR headsets, and if you’ve got the space for standing up VR or if you just want to use the headset while sat at your desk.

For owners of the PS4 or PS5, the choice is a lot easier as your only option id the PSVR headset. That’s no bad thing as the system is fairly neat and it comes with a decent if not stellar range of games.

WILL VR WORK WITH PS5 AND XBOX SERIES X?

As it stands, if you want some virtual reality action on the PS5 and Xbox Series X your out of luck… mostly.

Only the PS5 supports VR in the form of the PSVR headset, though a second-generation headset is in the works and will be designed specifically for the PS5.

On Xbox Series X and Series S there’s not a VR option, and there’s no hint that VR support will come in the near future.

We hope that would change given Windows 10 has baked-in VR support, but right now things don’t look too hopeful for games console VR.

Our pick for the best VR headset is the Oculus Quest 2. You don’t need to deal with fiddling with smartphones or invest in one of the best gaming PCs just to experience high-quality VR.

Rather, you can simply set up the comprehensive all-in-one VR experience and then get cracking with VR without worrying about tripping over cables or running out of smartphone battery life.

Of course, you also have the option to connect the Quest 2 to a PC and enjoy playing Oculus-supported games that way. And there are even more capabilities coming to the Quest 2.

But there is a catch here in that, as the time of writing, Facebook has temporarily halted sales of the Oculus Quest 2 due to some users reporting that the foam face cover on the headset is causing skin irritation.

Beyond the Quest 2, if you want a true high-end VR then you will need a VR headset that’s connected to a powerful PC. In that case, the Oculus Rift S, HTC Vive, and Valve Index are your best bets.

Do bear in mind you’ll need a good bit of free space to get the most out of these headsets, especially if you plan on doing room-scale VR.

If you have a PS4 or PS4 Pro handy, then the PlayStation VR is a good option.

Its simple setup means you’ll be playing games like Batman: Arkham VR and Star Trek: Bridge Crew in no time. Just make sure you have a PlayStation Camera handy and bear in mind it won’t work perfectly with the PS5.

Thanks for taking the time to read The Most Popular VR Headset Review Guide For 2021-2022. 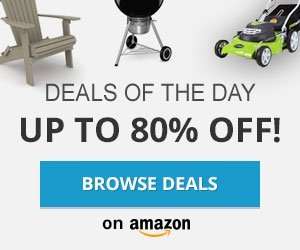